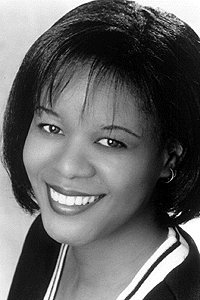 Gillian Felix was born in Port of Spain, Trinidad. She grew up watching night time soap operas by Aaron Spelling with her mother. That’s where her obsession with rich, powerful and devious characters were born. After repeatedly seeing Mr. Spelling’s name on the screen night after night, Gillian knew she wanted to be an Aaron Spelling, before she knew that Aaron Spelling was actually a person.

Gillian pursued drama in high school although it was not taught as a “serious subject”. When asked what career she wanted to pursue after graduation, she told her guidance counselor that she wanted to be an actress, and was told that acting is not a “real job”.

When Gillian moved to the US in 1998, she landed an internship with Spotlight On Theater in New York City, where she learned stage managing, casting and the technical aspect of running a production. Later she branched out into film, and fell in love with the behind the scenes action of film and theatre production. She traded acting and her “real job” for a career in film and theater production. Gillian continued writing novels and scripts but kept them to herself.

When not writing, Gillian can be found volunteering at the New Mexico Children’s Grief Center or hiking the many mountains that surround New Mexico. Gillian can easily get lost in a parking lot and considers herself directionally challenged. She is always grateful for the people she hikes with, because without them she’d be left roaming the mountains like a lost mountain goat.

My genre would be New Adult, fiction, drama. Because of the content of my series, even though the main characters are fifteen-year-old girls, they deal with very grown up issues and the people around them are also highly featured. It is not a light and fluffy series… it ranges from dark to funny.

​What is your writing routine​? Do you have any writing rituals?

I’ve found my writing sweet spot is around 9pm – 11pm on weekdays and 6pm – 10pm on weekends. Although I can write anytime the ideas hit, but mostly that’s my writing schedule. I usually write in my little desk in the corner of my bedroom. I also hand write scenes at work during my down time if I get an idea for a scene. I get ideas for scenes usually while I’m hiking, out in nature or sometimes if I am listening to music while doing chores, or just before bed.

When you are preparing to write a new story, what kinds of techniques or methods do you use to organize your ideas?

Family Portrait was originally written as a television series in script format in Celtix software. I rewrote it book form. It is kind of tricky because writing for television and for readers is completely different. I found that I have to arc the stories differently to make it easier for readers to follow, since they are not seeing the characters on screen every week. I had to combine at least 3 or more episodes into one book. The thing with that is, if not done correctly, it could affect story-lines further down the series. To keep track of story-lines, I have a five section notebook with tabs (*the Bible). Before I start a new book I refer to the “bible” to see what story I could tell and which I could wrap up. Then I take to my white board and put the chapters down in points.
*In show running everything about the show is kept in a document called the show Bible.

When it's time to revise/edit your work, do you have any particular methods that you use to help you through the process? ​

My first draft is always the sloppiest. I just write things as they come. Then during the second draft, I ponder what could be expanded upon. I take it chapter by chapter and analyze it to make sure there is enough drama, if the story-line works or if the character is true to their personality. When I am finished with the second draft I send it to my story editor for her to analyze and let me know if everything is clear. I’ve found that it’s always good to get a second eye when it comes to the way the story flows… it may make complete sense to me, but to someone else, it may be confusing. The third draft is what I send to my proofreader, who then edits for grammatical errors, punctuation, spelling and continuity.

Is there any advice you can give to writers struggling to get the words flowing?

When I’m stuck I usually do a few things:


And most importantly: why do you write?

I LOVE LOVE LOVE to write and tell stories. I am truly passionate about my writing career. I’ve walked away from it many times in the past and it has always come back to me. This time I am not letting it go. Whether I make a living off of it or not, I’ll be doing it till my fingers fall off. That’s what keeps me motivated.

Thank you very much for all you do to support fellow authors. I think that is very important. I would like to let aspiring authors know that they are not alone, and other authors are not your enemy, there is no competition, just run your own race and help people along the way. Most importantly, if you are not passionate about the craft then move on to something that you are passionate about :)

I want to thank Gillian so much for participating in the Process Project! I hope you loved her answers as much as I did. Thank you, Gillian!!!

Want to read from Gillian?

Want to give the series a try? Changes the first novel in the series is FREE on Amazon http://www.amazon.com/dp/B00EADYMCA.

“I see a huge following for this new series! I know I'm going to watch for more!” Di Bylo – Amazon Top Reviewer

“Gillian Felix is truly wonderful in the way she writes and captivates her readers. She has a true gift and I guess anyone who reads her books will be waiting for the next book as eagerly as I am." Namrata Ganti - Red Pillows

“There are love, lies, secrets, and desires that rival any soap opera out there.” Karen-Anne Stewart, Author

“This series is like the Sopranos meets Nashville. It was gritty and realistic whilst entertaining and dark.” Rachel P

Posted by Jacqueline Bach at 5:00 PM