HOORAY! Spartagus has a new book out -- The Wolves of Dynamo

I am so proud of and excited for my friend, Gareth Young, aka Spartagus. He has just released a new book!

THE WOLVES OF DYNAMO


Check out all the details below! 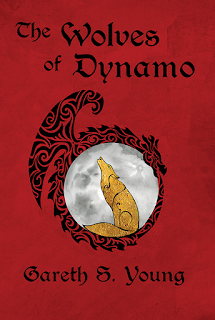 THE WOLVES OF DYNAMO
By Gareth S. Young

Thirteen-year-old Eileen MacCormick has always called Dynamo City home. Its bustling streets, imposing Cathedral, and enveloping forest fascinate her, giving her solace after the death of her father. But after moving closer to the forest she finds so comforting, she discovers that it hides a dark, magical world.

Eileen's life changes irrevocably when she crosses paths with a murderer who is terrorizing the city. Heartsick, she finds herself drawn back to the forest where an enclave of mysterious wolves reveal themselves to her. Eileen is shocked to learn she can communicate with the wolves and outraged when the ancient animals demand she lure the murderer to the forest.

How can these creatures ask this of her? How can a thirteen-year-old possibly catch a killer?

Bewildered by her role in this new magical world, and by the wolves' extraordinary request, Eileen must battle her sorrow and find courage as she begins the most dangerous and incredible adventure of her life. 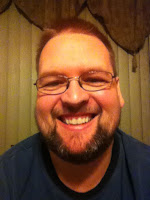 
Gareth S. Young was born and raised in Scotland, but has now lived for more than 15 years in the American Midwest. This has played havoc with his accent. In 2010, he published his first full length story, a mystery/suspense novel called Monsters In April 2013, his short story "The Orange-headed Serpent" was published in the Orange Karen Anthology. 2015 will see the release of Dynamo City: The Wolves of Dynamo, part one of an audacious YA urban fantasy series. Other upcoming works include Persephone, the much anticipated follow up to Monsters and part two of the Dynamo City saga.